Why is my operation rate-limited?

Your operation may be rate-limited when there is too much activity across your customer account or in individual regions. Generally, this happens when multiple users try to run, suspend, or shut down large environments or a large number of environments at the same time.

When too many operations (usually power-state changes) are running at the same time, Skytap temporarily queues them.

Your operation remains rate-limited until other requests have been completed. Often, this only takes a few minutes; however, it can take longer depending on the other activity in your account or affected regions. Skytap automatically retries your operation for you; no further action is needed.

Each time an operation is delayed, Skytap records a rate limited action entry in the auditing report. This entry contains an estimated time period for the delay (for example, 3 minutes). Administrators can view these entries at https://cloud.skytap.com/auditing. Note that auditing reports don’t currently differentiate between account-wide and region-specific rate limiting. 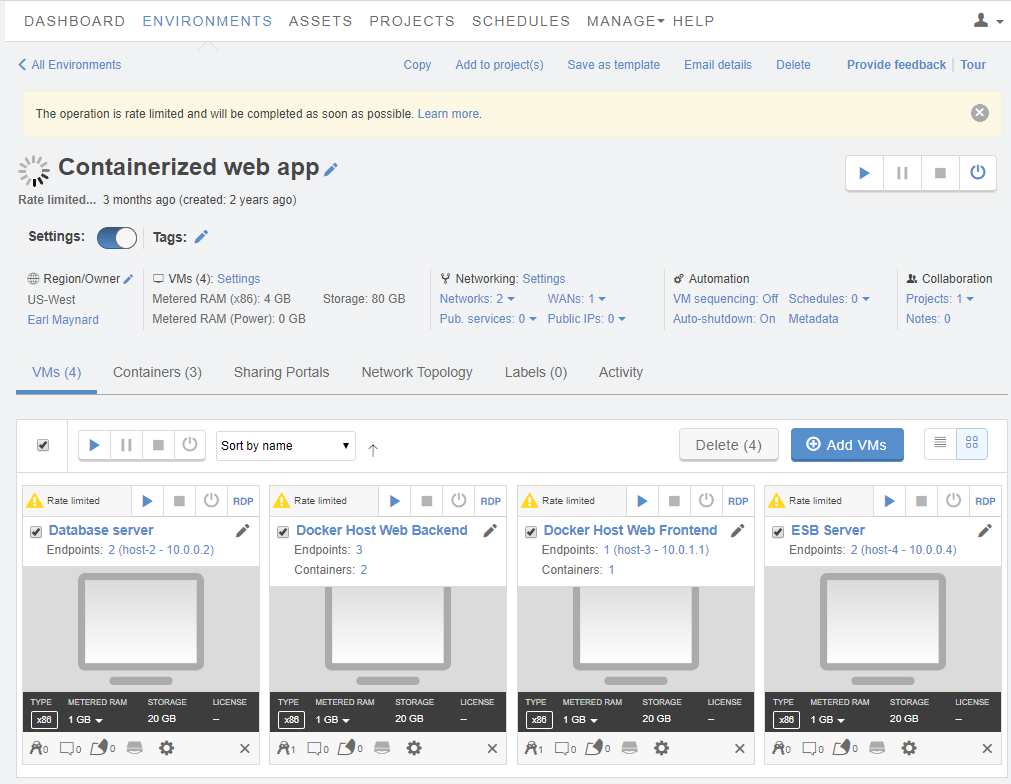