The following reference architecture shows a Jenkins distributed build farm environment. As code is checked in, a Jenkins master delegates build and test tasks to one of several subordinate VMs running in Skytap.

This build process can be included in a larger CI/CD pipeline. 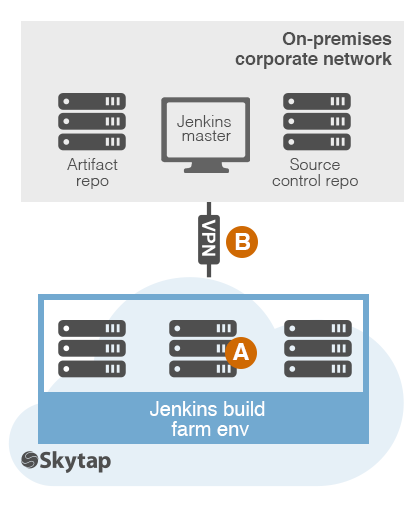 A fully-configured, subordinate Jenkins VM is saved as a template. When an additional build VM is needed, you can add it to the environment from the template. Skytap provides automatic networking for the new VM.