This can be included in a larger CI/CD pipeline. 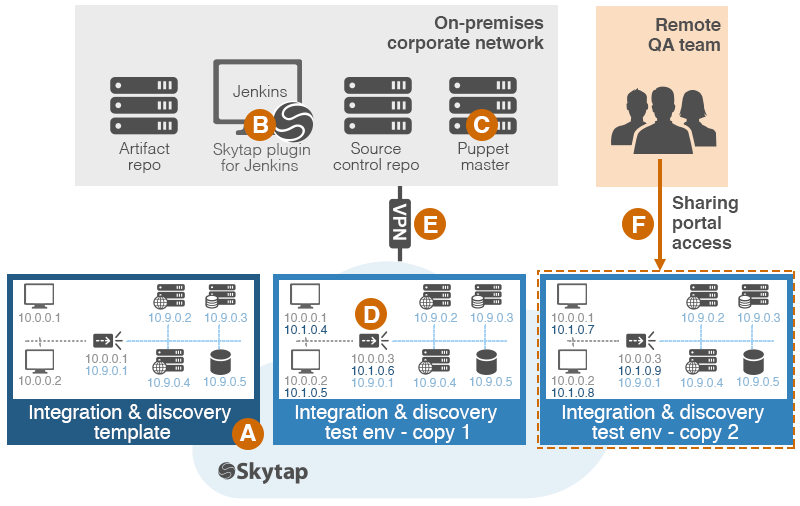 Complex networking within the environment

Alternately, the build resources can be hosted in a Skytap environment that communicates with the functional test environments via NAT-enabled ICNR.