IBM i backup and restore

In a backup and restore scenario, the objective is to restore application data within a Skytap LPAR to a known good state to allow recovery from data loss or corruption. To preserve the known good state, the data in the original LPAR is periodically copied to backup location which can be later restored to the original LPAR or to an alternate LPAR.

For a typical backup-and-restore scenario for data protection, you should be aware of the following:

For traditional on-premises deployments of IBM i, the dominant type of backup media is either tape or disk. Skytap doesn’t offer tape libraries or archival disk storage services for virtualized cloud deployments of IBM i, and recommends using cloud-based backup storage for data protection.

When choosing the backup solution and cloud storage provider, consider both cloud storage costs, and possible egress charges for the expected volume of backup data exiting the primary data center.

The available backup and restore options for IBM i include the following:

You can use IBM Backup, Recovery and Media Services (BRMS) to back up IBM i data to virtual tape or virtual optical devices, and then transfer the virtual backup media to cloud storage using IBM Cloud Storage Solutions (ICC). Customers can obtain ICC cloud storage space directly from third-party cloud service providers. 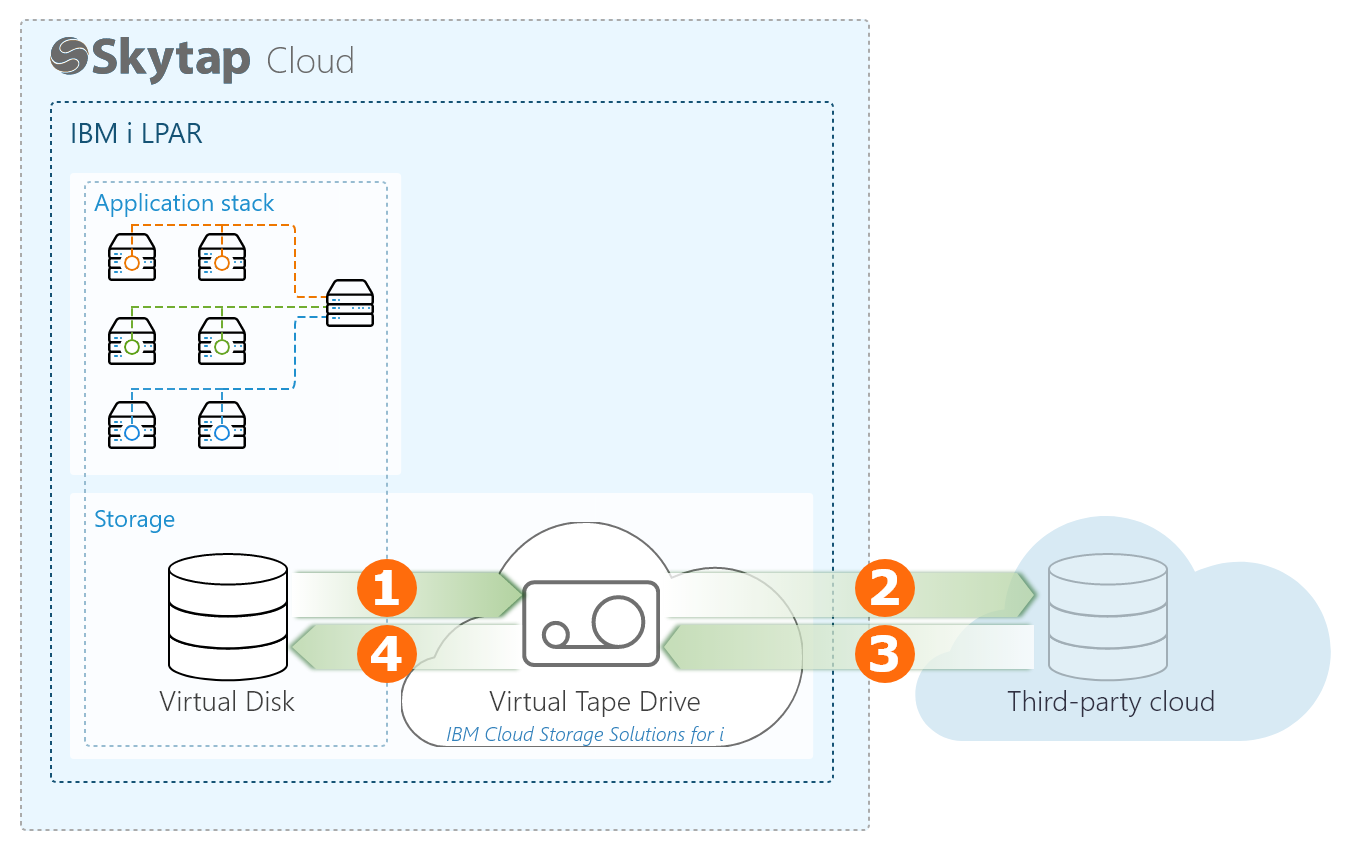