In a disaster recovery (DR) scenario, the objective is to quickly restore application services running within an LPAR on a standby (backup) environment in case of a long-term or disruptive outage of the primary (production) environment. The primary environment can be hosted either on customer premises or in Skytap, and the standby environment is expected to always be hosted in Skytap. 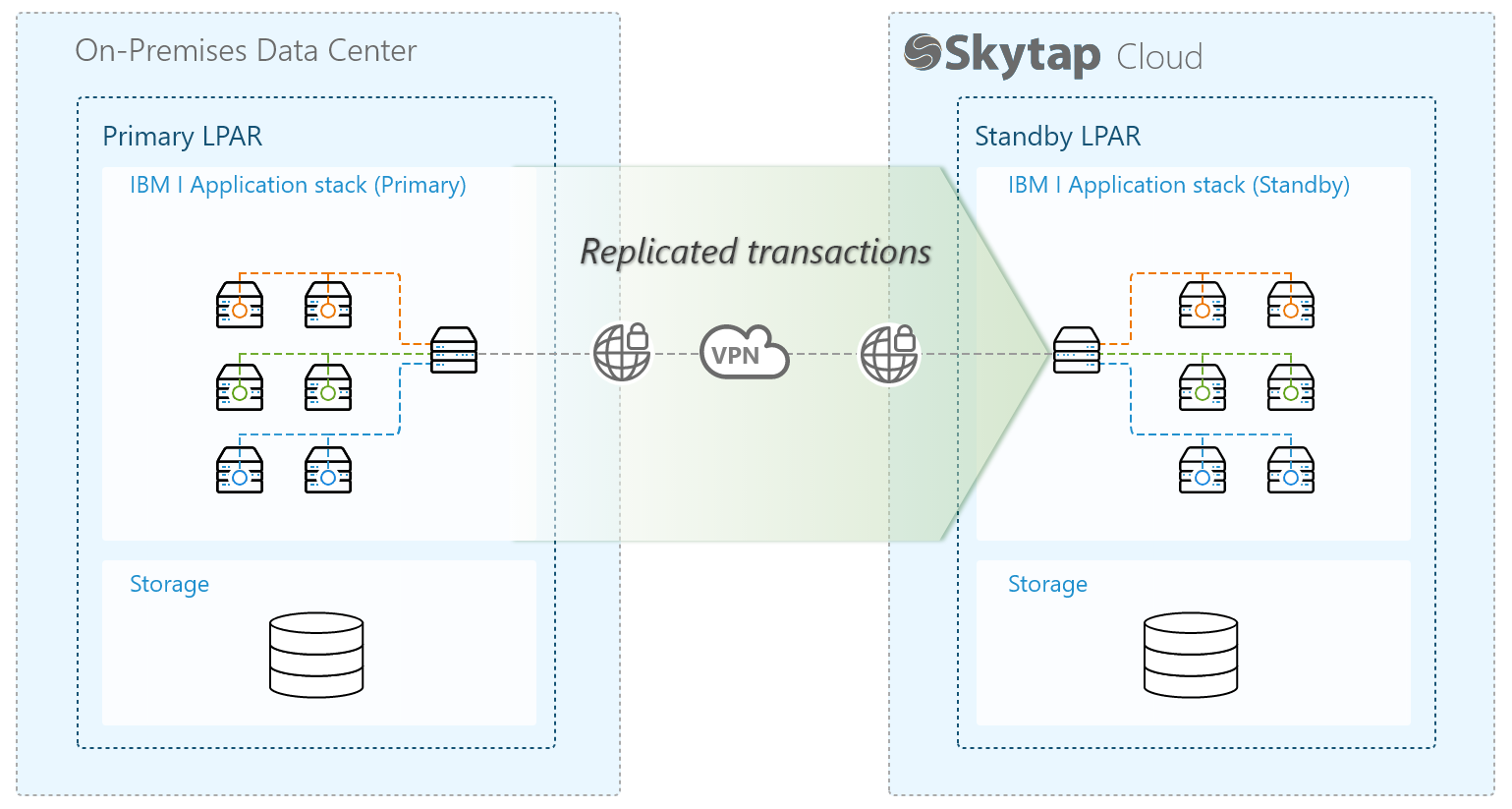