Running and stopping VMs and environments

VMs have the same power states as physical machines. They can be run, shut down, reset, and powered off. Most VMs also support suspend.

Also like physical machines, VMs require some time to change power states. You can’t interact with a VM while it’s changing power states.

All of the VMs in the environment are inaccessible while any VM in the same environment is changing power state.

See how this works in the Starting and stopping VMs and environments course at Skytap Academy.

The available power actions are:

Run – Starts a suspended or powered off VM.

Suspend – Suspends a running VM. Preserves the running state of the VM by writing the contents of RAM (including running programs and active data) to the disk. When you run a suspended VM, the RAM state is restored from disk so that you can resume from where you left off.

The Suspend action works only for x86 VMs with 256 GB of RAM or less. Neither Power A CPU architecture that supports IBM i, AIX, and Linux (on Power) in Skytap. VMs nor x86 VMs with more than 256 GiB of RAM can be suspended.

Shut down – Shuts down a running VM.

Shut down for Power VMs is equivalent to immediate shutdown. To prevent possible data corruption, we recommend that you shut down the VM from the guest OS.

VMware Tools must be installed on x86 VMs for Shut down to work.

Reset and Power off may cause data corruption; use them only for unresponsive VMs.

Run, suspend, or shut down VMs in an environment

You can run, suspend, or shut down all or some of the VMs in an environment. 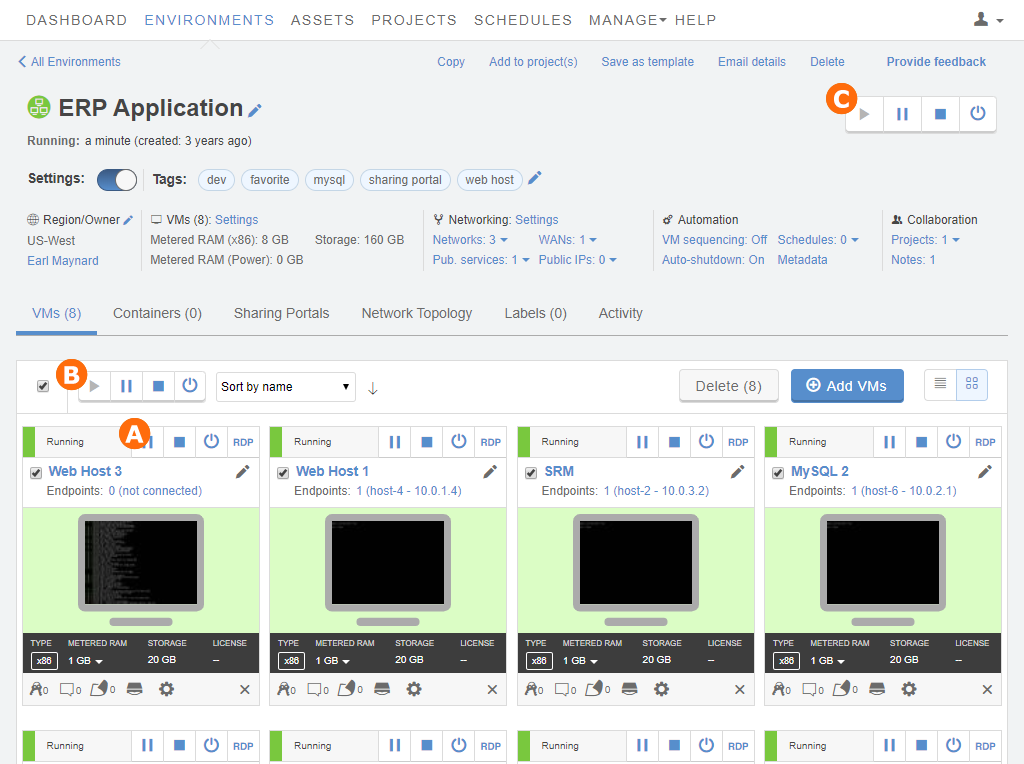 Run or shut down multiple environments