Skytap operates multiple data centers, allowing Skytap resources—such as virtual machines, environments, templates, and assets—to be located close to your users. Each of these data centers is referred to as a region.

Skytap regions are independently hosted in separate data centers. Some Skytap resources (like environments, templates, or assets) are contained within a single region, while others (like users, departments, and projects) are shared across your entire account. For more information, see Overview: Regional and global elements in your account below.

The current Skytap regions are:

Every feature and resource in Skytap can be placed into one of two categories:

Not all Skytap elements are regional. The following elements are universal, and don’t have a region designation.

The following resource types are tracked globally for your account:

The following resource types are tracked by region:

Administrators can view current usage for the account from the Setting usage limits and viewing usage page.

To quickly check your network latency to different Skytap regions, use the Connectivity Checker tool. 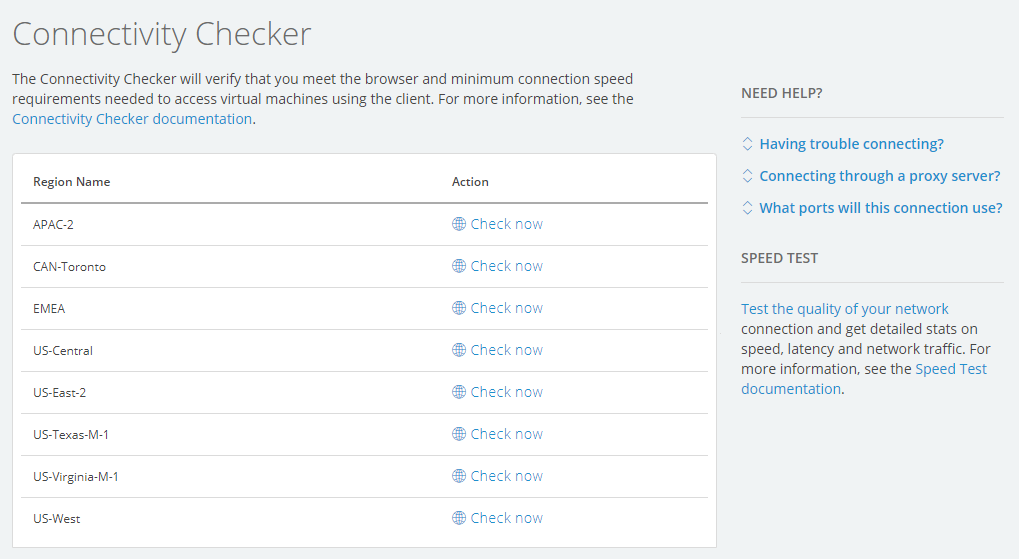 Copying an environment or template between regions

To use an environment or template in multiple regions, make a copy for each region. These copies exist independently of one another.